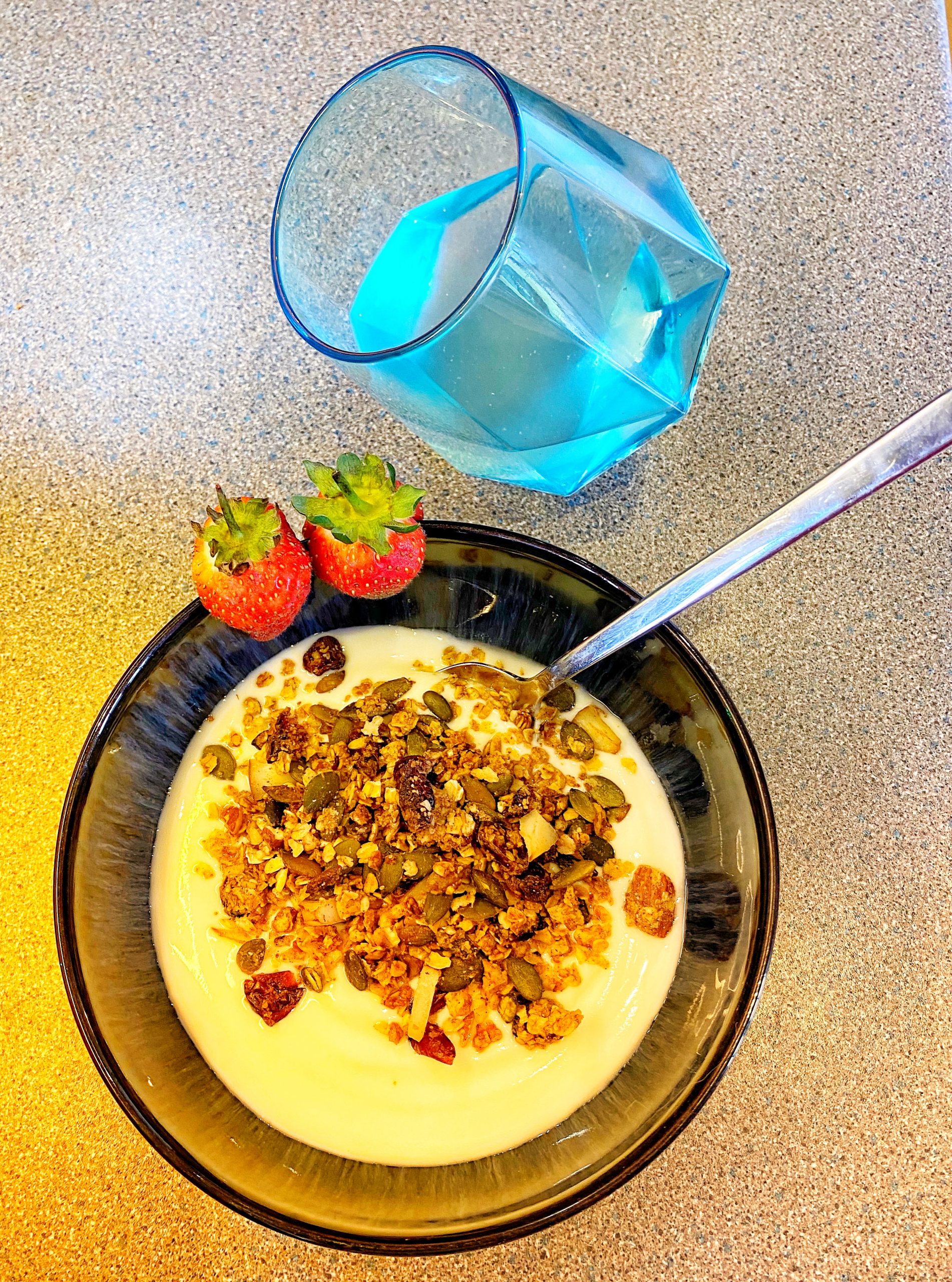 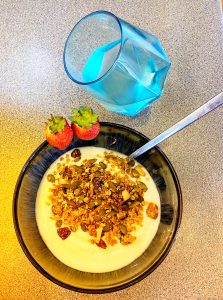 100g maple syrup can use honey

In small bowl whisk the oil, maple syrup, and peanut butter. Pour over the oat mixture and mix until incorporated.

Spread evenly on the sheet pan. Bake for 20-25 minutes mixing once halfway through until golden brown.

Leave on the try until cool.

I like it sprinkled over fat free Greek yoghurt but it’s just as nice in a bowl with milk.

Store in an airtight container