Can you remember the first time you tried to walk? Probably not. But the experience is the same for everybody. Mummy or Daddy stood you up, then took away their hands so that you could take your first steps into the great wide world. What happened? You fell over and started crying. Now, did your parents say ‘I’m sorry, it’s too dangerous. We are not going to let you do that again.’ Or did they persevere until you could actually walk. Of course they did. I know this because when I walk down the street I never see people crawling along on their hands and knees (except perhaps after a few drinks on a Friday night). 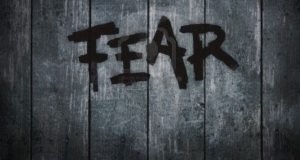 Which is odd, because every other time you tried something new, or something your parents were a little scared of, they told you ‘No’. By the time you were a teenager, you had heard the word ‘No’ probably ten thousand times, and the word ‘Yes’ a few hundred. Your parents educated you to NOT do things rather than do them. The simple fact is that, the first time we try anything, we are not very good at it. This is how we learn fear. The thought process is something like this: Well, I tried and couldn’t do it. I failed. I am a failure. I am useless. What’s the point of trying if I can’t do it? And this thought process teaches us that we are inadequate, that we can’t do things, that there is no point trying. We should be saying, ‘That didn’t work this time, but I will keep on trying until I get it right.’ What most of say to ourselves is ‘I am a failure, there’s no point trying.’

The thing we need to realise is that everybody feels like this to a certain extent. However successful we are, some small part of our brain is constantly saying, ‘I can’t do this’. The homeless person in the street feels this, but so does the Managing Director in the penthouse office. The difference between the two is how they react to these thoughts. We are all afraid of many things, but those with the correct positive mindset keep these feelings under control and rise above them. We remember that fear is simply False Expectation Appearing Real and that ACTION CURES FEAR. We train ourselves to take the first step, get that first step right, and continue with the next step until we reach our goal. Are you afraid of doing something? Just do it anyway and the fear soon disappears.