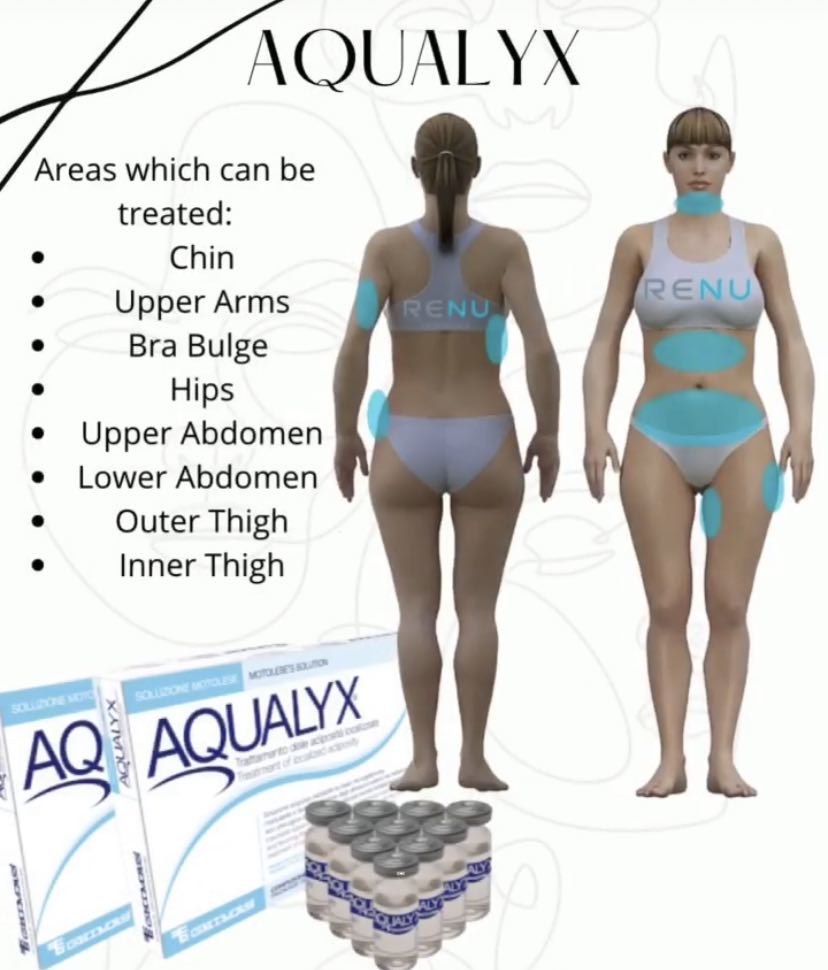 Aqualyx is an injectable fat loss treatment. It is a gel-based solution, derived from cholanic acid, which is produced by our bile duct to help up break down fats.

It is licensed for use in the UK for localised or spot removal of fat from areas such as the chin, knees, hips, thighs or under the buttocks and is generally regarded as safe. It is not a weight loss solution and is suitable for smaller, stubborn pockets of fat, not large area fat reduction.

This solution was developed by Professor Pasquale Motolese, president of the Italian Society of Aesthetics and Medicine, and has been in use since 2009.

How does it work?

Aqualyx is a non-surgical way of body-shaping. This gel-based solution is injected into areas of unwanted fat. The solution works by disrupting the surface of the fat cells, causing them to weaken and become permeable. An ultrasound treatment is then used to push the fats out of the cells. The fat is then absorbed by the body and excreted. It is a permanent result assuming the person having the treatment doesn’t gain weight after the treatment.

Usually the doctor will inject the area with a local anaesthetic or mix it with the solution to reduce any discomfort. Each treatment will take 30-60 minutes depending on the size of the area being treated.

Which areas can be treated? 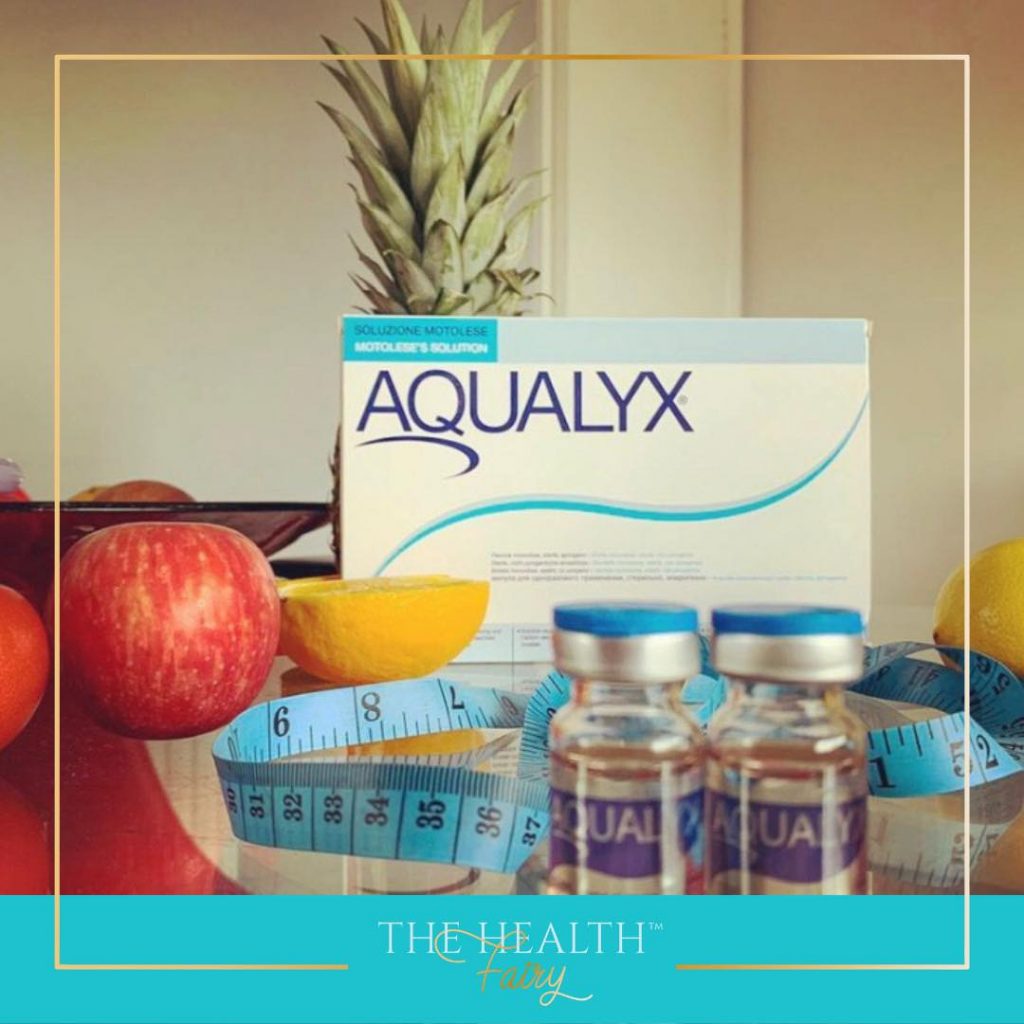 How many treatments are needed?

Some people may see an improvement after 1-2 session but up to 8 may be required depending on the amount of fat in the area. Chins, where there is less fat for example, may require one treatment while hips or thighs may require repeated treatments.

Is there any downtime?

There may be redness, bruising and swelling that could last up to 48-72 hours. You can take over-the-counter painkillers but are advised not to take anti-inflammatory painkillers such as ibuprofen as they will work against the treatment.

It is regarded as a safe treatment. The Aqualyx manufacturer has reported no major side effects.

Who is it suitable for?

Aqualyx is generally regarded as safe for most people but it is not recommended for clinically overweight people, or people who are under 18 or over 60 years of age.

It is not suitable for pregnant or breastfeeding women or people with liposdystrophy.

Who can do this treatment?

This treatment should only be done by a trained clinican who has been trained in how to administer these injections.

How much does it cost?

Depending on the number of injections and the size of the area being treated you could pay betwee £150-200 per treatment.

Is it worth it?

Aqualyx can be effective at removing small pockets of stubborn fat. It is not an alternative for liposuction for large areas of fat removal and is not a substitute for a healthy lifestyle. The results will last if a stable weight is maintained. One thing to consider, if you have very lax skin, is that removing fat may leave you with excess skin which may require skin tightening afterwards. We may combine Aqualyx with skin tightening treatments such radiofrequency.